The United Nations was chartered in 1945, following the end of World War II. The organization is often depicted as an attempt to make right the shortcomings of Woodrow Wilson’s League of Nations. The league, created following World War I, had failed in its mission to prevent war through collective security and to resolve disputes between states through negotiation and arbitration.

But was the U.N. really a new idea?

Jerry Pubantz, professor of political science and an authority on the United Nations, holds that the roots of the U.N. can be traced to the late 18th century.

“The U.N. is an evolutionary outcome of a process that began in the Enlightenment,” says Dr. Pubantz. He and longtime collaborator John Moore, a professor of diplomatic history at California State Polytechnic University, have produced several books on the U.N. Their latest is a significantly updated second edition, “The New United Nations: International Organization in the Twenty-First Century.”

In 1795, the German philosopher Immanuel Kant published a slim volume titled “Perpetual Peace.” That book, Pubantz says, lays out Kant’s “formula for decreasing the number of wars and moving toward a peaceful world.”

Crucial to Kant’s vision are states governed as self-determining democracies; hospitality, which translates to this era’s broad economic intercourse; and the need to confederate to solve problems.

Pubantz calls the U.N. “a sort of neo-Kantian institution” that seeks to realize the plan Kant laid out more than 200 years ago. “There isn’t a book I’ve written that doesn’t mention Kant.”

The U.N., he explains, is more than just a global body for negotiations among its 193 member states. He describes it as “a far more democratic entity” where non-governmental organizations, corporations, states, and individuals wrestle with issues “that weren’t even noted when the U.N. charter was drafted 75 years ago.”

Prominently missing from the U.N. charter is the term “peacekeeping.” Yet that function has become a vital U.N. mission. The U.N. currently has around 100,000 peacekeepers serving in 15 missions, but only about 3,000 U.S. troops serve as peacekeepers wearing the U.N.’s signature blue helmets.

Though the U.N. headquarters are in New York, the organization is absent from the daily lives of most Americans, Pubantz says. That’s not so in developing nations and hotspots such as Haiti, the Democratic Republic of the Congo, Kosovo, and Syria. Large segments of the world’s population see blue-helmeted peacekeepers or are served by U.N. agencies every day.

Now, as in 1945, Pubantz says, “The U.N. seeks to foster world peace despite the existence of national sovereignty. It’s very hard, as George W. Bush found, to operate in the world and succeed without turning to the U.N. at various points.”

The U.N. is rather unpopular with Americans these days, continuing a trend that began during the Reagan era. But it wasn’t always so.

“It’s ironic because it was an American creation, founded in large part by the U.S. State Department and promoted by the Roosevelt administration,” says Pubantz. “Its headquarters are in our country for that reason.”

In researching a book examining U.S. presidents and the U.N., Pubantz read all of Harry S. Truman’s 1948 stump speeches. “He began each one by touting how great the U.N. was, and how we needed to make it work. Can you imagine an American candidate doing that today?” 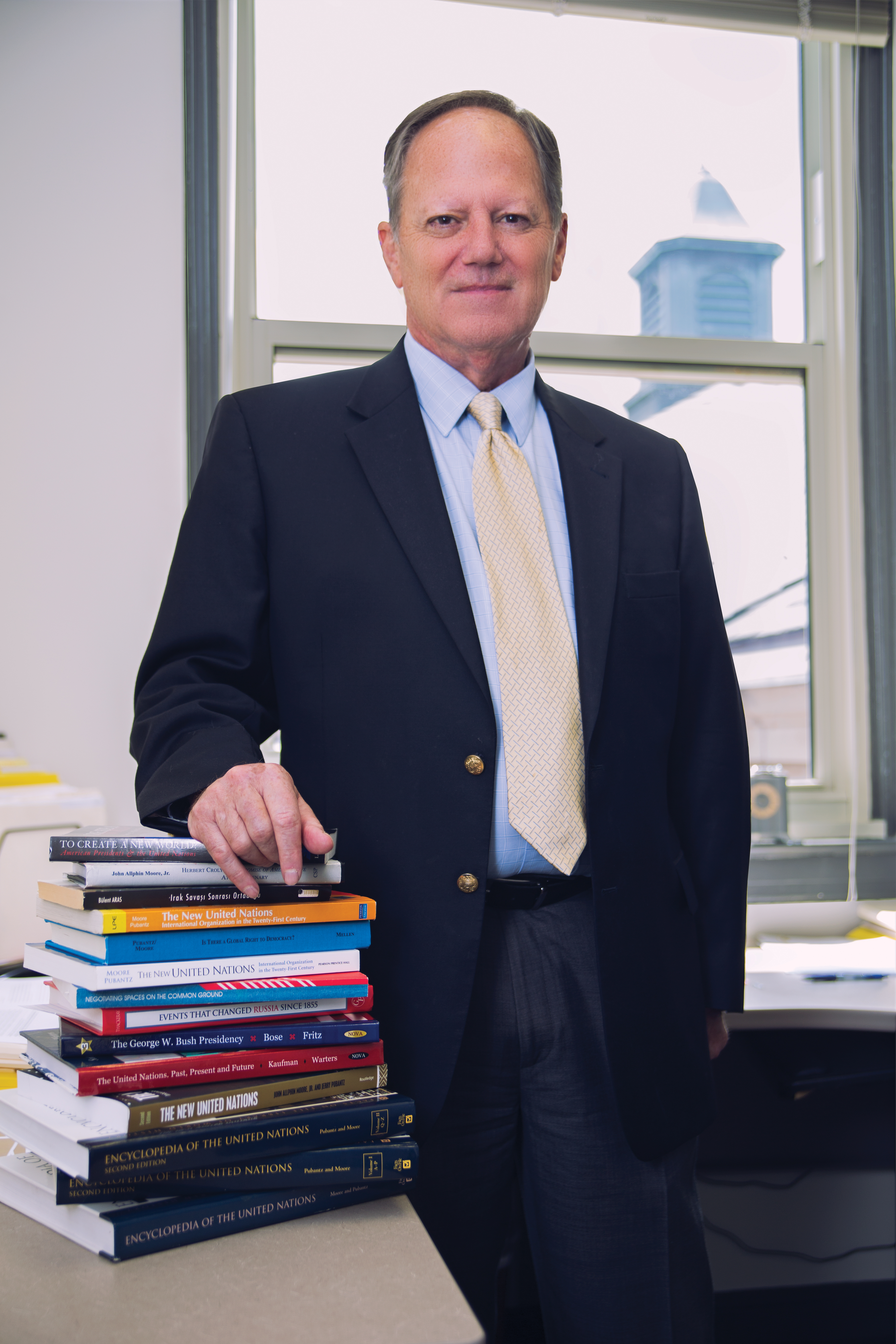