Mind on the Move

Any monkey will tell you laboratory tests are repetitive, mundane, an environment ripe for mind wandering. If your aim is to better understand why we daydream, the laboratory should be the perfect setting. But can we rely on laboratory experiments to explain how these internal distractions limit our ability to focus on day-to-day events in the real world?

Professor Michael J. Kane is the first to address that question in a National Institutes of Health-funded study, recently published in Psychological Science. He and his colleagues equipped a large sample of students with a device that would prompt them randomly with a series of questions about what they were just thinking about and what they were doing.

“We wanted to better understand what cognitive and personality factors influence how often people are mind wandering in everyday life,” says Kane. In the lab and the field, he found we seldom concentrate on the task at hand. Our minds wander a lot, on average a third of the time.

Scientists have just begun to investigate the purpose of our regular drift in focus. Over the past decade, results from laboratory experiments and brain scans have revealed the mechanisms and neural networks associated with a wandering mind. They show that while it feels like our brain is getting a break when we daydream, it’s actually quite active, processing memories for long-term storage or working through complex problems.

Kane’s interest in mind wandering derived from a desire to better understand the relationship between attention and intelligence. On average a subject’s mind wanders at a rate of 30 percent, but he was struck by the variability around that average. “We regularly have people say they were mind wandering only once or twice a week,” he says. “Whereas other students were off-task 80, 90 percent of the time.” Kane wondered if differences in cognitive ability, specifically in working memory, might be a factor. 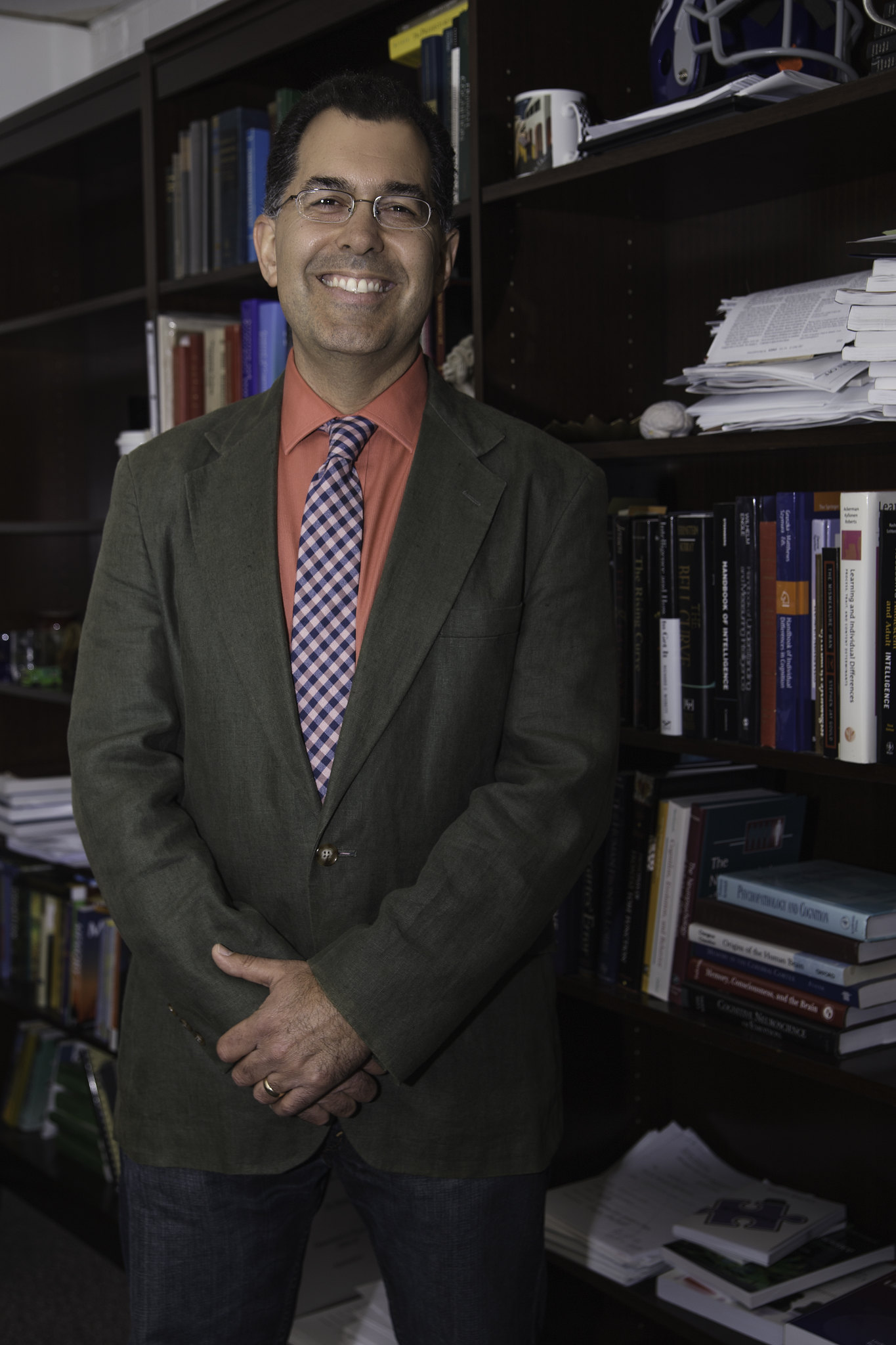 Kane gave participants PalmPilots to track their levels of mind wandering through the day. “If your phone rings, your first thought is not ‘Was I just mind wandering?’ It’s ‘Who’s calling me?’” he explains. Receiving surveys via the unique device trained participants to immediately assess what they were paying attention to whenever it beeped.

Working memory indicates our ability to briefly store information necessary to reason through and solve problems. “In the lab, we generally see that people with higher working memory, mind wander less,” explains Kane. But, when Kane looked at results from the real world, lower working memory did not predict a daydreamer.

“We think working memory is measuring, in part, your ability to control your attention only when you need or want to,” he says. “In a lot of life, you don’t need to pay attention.” Higher working memory did predict less mind wandering during periods when subjects were trying hard to concentrate or doing challenging activities. It also correlated with more mind wandering when subjects weren’t trying to concentrate.

The greatest predictor of mind wandering in the field was a personality trait known as openness. “People high in openness were more likely to be daydreaming, or fantasizing, than people who were low in openness.” He explains that this personality prefers creative thoughts for the sake of entertainment if given the opportunity.

Kane is currently conducting a National Science Foundation study on mind wandering and learning. “We thought statistics would be an interesting domain to study,” he says. “In part because it’s important for science, but also there are a lot of anxieties about math.” The results of Kane’s current and future experiments are valuable to educators interested in designing a curriculum that maximizes a student’s retention.