Lessons from a Lesser-Known Christianity

Derek Krueger, professor of religious studies, often shakes up his class on Christianity in Byzantium with this view: “The Bible doesn’t come down from heaven pristine and complete, shrink-wrapped in plastic.”

The reaction from students, many raised in the Bible Belt, usually goes one of two ways. Those with a rebellious streak, he says, “are eager to destabilize the authority of the Christianity they grew up with.” On the other hand, some students are threatened by the different viewpoint.

For the past 25 years, Dr. Krueger’s scholarship on Christian culture in the Eastern Mediterranean in the Middle Ages has enriched — and at times veered from — traditional Western views of the religion. In his latest contribution, “The New Testament in Byzantium,” he has co-edited a series of essays exploring the transmission and reception of the Bible in the medieval Greek-speaking world, in the region around Constantinople — today’s Istanbul, Turkey.

Mostly illiterate, Byzantine worshippers from the 5th through 12th centuries C.E. learned about the New Testament through prayers, songs, chants, and lengthy, melodious sermons — led by clergy who interpreted and embellished Bible stories. Such an oral and visual tradition is less familiar to worshippers today who generally embrace the Bible as a text and buckle down on Sunday mornings for an hour of Scripture reading and preaching, with the occasional hymn.

“In Byzantium, the Bible came alive not just in the reading,” Krueger says. “The authority wasn’t so much in the words themselves but in the way in which the stories were interpreted. Most people in the Middle Ages didn’t cite the Bible verses to fight about this-or-that social issue. They tended to engage with the Bible in a way that was part of their broader imagination about the way the world worked.”

The book emerged from a 2014 conference of Byzantine studies scholars at the Dumbarton Oaks Research Library and Collection in Washington, D.C. Among them was Robert S. Nelson, the professor of art history at Yale University who co-edited the volume with Krueger.

Krueger also contributed one of the book’s essays, exploring how clergy quoted Scripture in teachings about the lives of saints. “The vast majority of quotations are from the words of Jesus and the Gospels, usually the version that’s in Matthew and sometimes the letters of Paul,” Krueger explains. “The more learned an author expected his audience to be, the more esoteric the quotations would get.”

It also rolls over into the classroom.

“Part of being able to teach the history of Christianity starts with scholars doing this type of spade work,” he says. “We’re looking at Christianity differently and trying to tell a broader and more diverse story about it.” 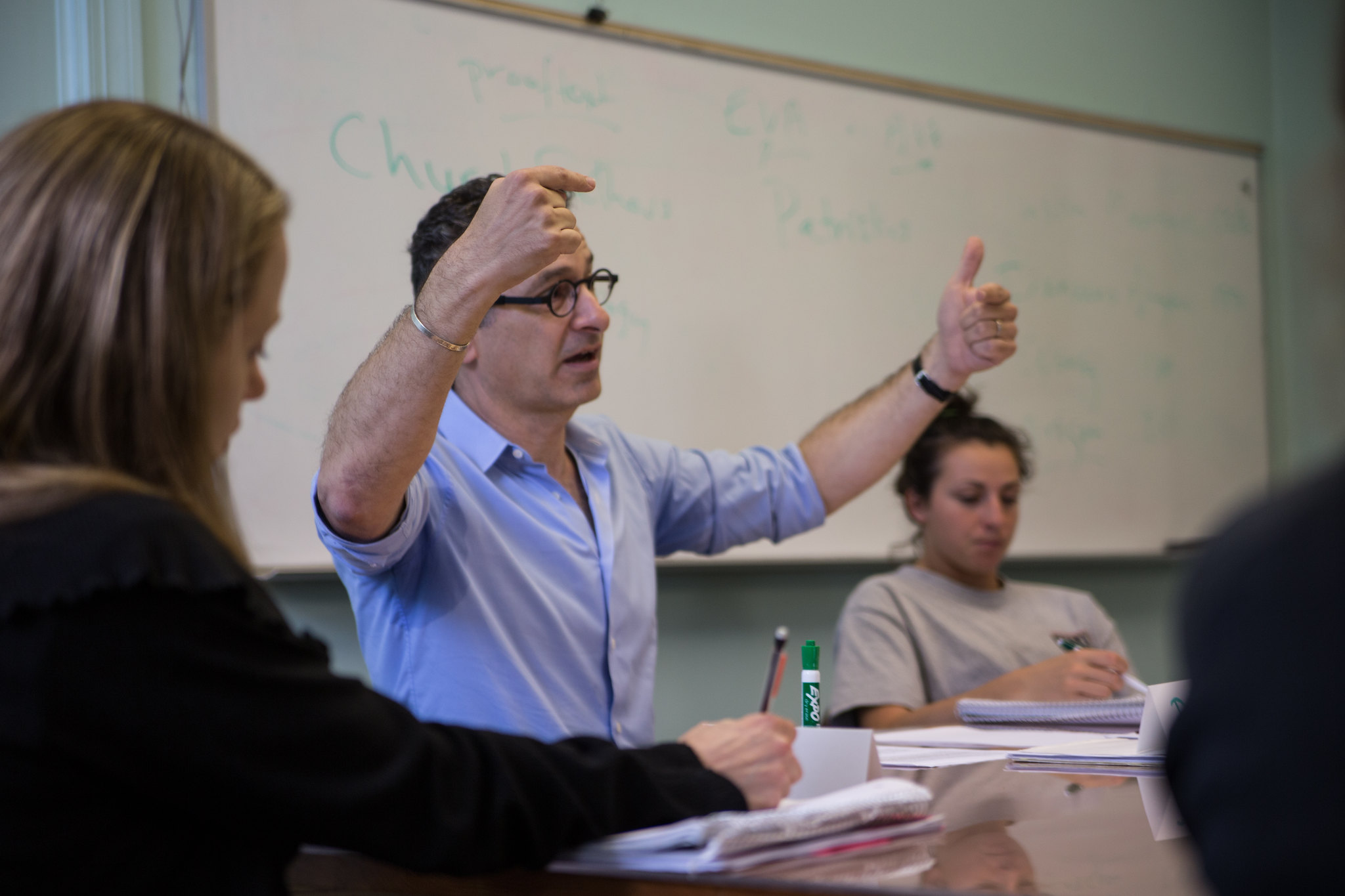